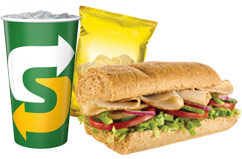 In the world where Obesity is a Global problem and Diabetes a Global Health History, We advise you to Keep Calm and Eat Fresh. Are you ready to take up the challenge of serving humanity with fresh veggies and freshly baked breads? Yes, if you are looking for opening a Subway Franchise you have knocked the right doors. We are here to provide you each and every minute detail about the Potential, Cost, Investment, Franchise Fee and Profit estimates of opening a Subway franchise especially in UK.

Subway has passionately believed in franchising its restaurants with a Global strategy to be number one in Quick Service Restaurant in the World. It is also on a mission mode in United Kingdom of saving hearts in collaboration with Heart Research UK. Therefore become a part of the Subway Family and help save humanity from heart diseases by serving them one of the healthiest, freshly baked and tastiest Subs.

“Let’s open a submarine sandwich shop.” These were the words uttered by Peter Buck, a nuclear physicist by profession, to college freshman Fred DeLuca. The suggestion so given was to help pay Fred DeLuca’s tuition fee. It was Peter who initially provided $1000, and from here on a business relationship was forged between Peter Buck and Fred DeLuca which eventually went on to become a Global hit in the fast food Industry.

It was in August 1965 when the first store was opened in Bridgeport, Connecticut. From here on a goal of having 32 stores in next 10 years was envisaged. Subway stores believe in the importance of serving a well-made and a high-quality food. It also believes in serving customers with excellent services by keeping operating costs low, faster food deliveries and finding great locations. This forms the basis of successfully running SUBWAY stores around the world.

Do you know that SUBWAY is the world’s largest submarine sandwich chain? Yes you heard it right it has its eatery outlets at more than 44,000 locations around the world. Subway is undoubtedly the first choice of people who ought to seek quick and nutritious meals. Each sub is made with care and can be customized by the client as per his/her requirement.

In United Kingdom alone 2428 Subway outlets are being run successfully. The Subway brand is successfully running a multi-billion pound business. The Subway® UK is passionately looking out for new Franchise partners to expand their reach in the island nation. Subway® is ambitiously seeking new members to help expand their reach worldwide. Hence don’t lose out the chance to board this successful bus and become a part of the success story.

Since Subway® is actively looking out for new franchise members to expand their reach; it becomes important to know what skills they are looking for, in a new member Franchise.

They expect the following attributes to be present in the member Franchise: 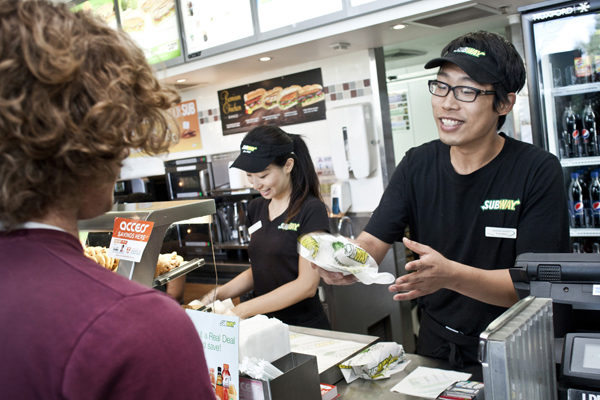 In order to maintain a certain level of standardization worldwide, the Subway® brand offers both the full support as well as training at the beginning and on an ongoing basis. This forms an essential support network for you to master the business.

The Subway® brand has the lowest start-up costs in the industry. The total amount of investment will depend on the location, rent, size, equipment and extent required. The validity for a Franchise agreement is for 20 years and is renewable for 20 years (subject to terms and conditions).

As per the Subway standards they would want you to have 50% of the total capital requirements available in cash and the rest as collateral to obtain funding from the creditor. As per Subway’s lender preferences below is the list of lenders’ links that can offer support to you:

The franchise fee is £8,500 for Franchise outlets. Despite its size and stature it is one lowest in the fast food Industry.

Apart from the Franchise fee, one is also supposed to pay the following:

How to Apply for Subway Franchise?

There are precisely 5 steps required to be the part of Subway Family.

1) Research the Market: Subway requires you to go through and do some research in UK as well as in Ireland regarding the Franchise opportunity and be assured of a potential location for the store.

2) Investigate the already successfully running Franchises: Subway is the only brand which wants you to explore both the pros and cons if any before planning to open a Franchise. It is always better to learn the knowhow of the Business you are about to associate with.

Note: You can read the Franchise case studies at the following link:

3) Apply by filling and Application Form: Click https://subapps1.subway.com/AdditionalInfoApp/index.aspx?LC=ENG&CC=GBR and fill in each and every required detail. And then click on ‘Send’.

It is to be noted here that just by filling the form you are no way obliged to open a Franchise nor Subway is obligated to provide you the right to do so. It is a mere initial process before you actually proceed further. Upon receiving the receipt you will be intimated with further instructions and information about the process.

5) Finally Join the Brand: After completing all the above steps you are on board with Subway.

Note: You can also attend the Subway seminars regarding the Franchise opportunities and Training by enrolling yourself at the following link:

Join subway at a seminar >>

Any new Subway® franchise is mandatorily required to attend the training course provided by Subway. This will be a two-week process to be held at Cambridge. This will be an intensive training and shall provide you deeper insights of how to successfully run the Subway store. The sessions of training will include both the classroom as well as in-store sessions.  Once you are done with the training you will now be equipped with all the necessary equipments to run the store.

Subway also provides online training to its new members. You will be delighted to know that Subway in collaboration with Franchise World Headquarters in Connecticut, USA successfully runs University of Subway. It offers varied courses ranging up to 400 online courses for both the new Franchise members and the store staff. Therefore Subway as a brand has retained its quality due to its extensive support network it provides to its new Franchise Members.

With the wide reach of 2428 stores across the United Kingdom, Subway makes pretty decent profit annually ranging up to $490k or £381k per store annually according to QSR Magazine. Also with the kind of such low initial set up cost earning such a profit is very well justified to invest in the brand.

You can type your query on the following link:

For franchise enquiries, you may contact the following numbers.

If you are interested in joining the Subway® franchise team:

1) Can you open a Subway Franchise?

2) How much is the Subway Franchise fee in the UK?

~ The franchise fee is £8,500 for Franchise outlets. Despite its size and stature it is one lowest in the fast food Industry.

3) Is it safe to invest in Subway?

~ In United Kingdom alone 2428 Subway outlets are being run successfully. The Subway® brand is successfully running a multi-billion pound business. The Subway® UK is passionately looking out for new Franchise partners to expand their reach in the island nation.

4) What is the minimum profit one can expect by the end of the year?

~ Subway makes pretty decent profit annually ranging up to $490k or £381k per store annually according to QSR Magazine. Also with the kind of such low initial set up cost earning such a profit is very well justified to invest in the brand.

5) What are different kinds of costs apart from initial investment involved in opening a Subway Franchise outlet?

~The franchise fee is £8,500 for Franchise outlets. Despite its size and stature it is one lowest in the fast food Industry.

Apart from the Franchise fee, one is also supposed to pay the following:

6) What is the approx total investment required?