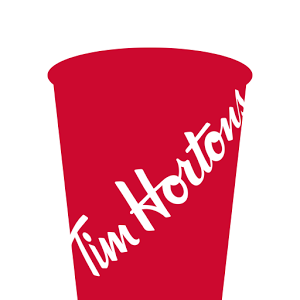 Tim Hortons established in the year 1964 by its founder ice hockey legend Tim Horton. It specializes in serving the finest coffee in different types of sizes, shapes and styles. It initially had doughnuts on its menu, but its modern menu is diverse. They also serve toasties, muffins, bagels and sandwiches. In some ways,  Pret a Manger is their most similar competitor. They offer a unique experience to their customers by providing high-quality and cost-effective food items on its menu.

In the 1980s and 1990s, Tim Hortons experimented with campaigns and products. They included soups, chilli, pastries, bagels, flavoured lattes, sandwiches and its famous “roll up your rim to win” competition. In 2014, Tim Hortons was acquired by 3G Capital and Burger King, who merged to form an International restaurant brand. In 2017, Tim Hortons opened its first restaurant in Glasgow, UK.

Buying or investing in their franchise is the right decision as their professional staff helps you expand and develop your business in no time. They also assist you when you are selecting the location for your store, do the preparation for the launch and runs marketing campaigns. They also provide on-going support services to their holders.

There is not enough information given on the exact cost details of opening a Tim Hortons Franchise. The franchise agreement is for a twenty year period at a franchise fee of 30000 Euro. The interested individual must have approximately 1.3 Euro million and 490000 euro liquid assets in order to buy the franchise in the USA.

How to Apply For Tim Hortons Franchise

If you are planning to buy or invest in their franchise, then you need to visit their official website and submit the enquiry form and fill the details. After completing all the three steps, their team will fix an appointment and discuss your business plan.

The Tim Hortons franchise is one of the leading brands and their franchise holders can get a phenomenal turnover. The profit varies depending on the size and the geographical location and ranges from approximately 7% to 9% of the total sales.

Yes, training and support services are available at the Tim Hortons. They offer their franchise holders an extensive training program and support services. Their dedicated staff helps you to expand your business and guides you on how to recruit the staff, select the location, design phases and construction. At the Tim Hortons, they provide a week’s training program in their head office Ontario and Oakville where they give you useful tips on the ins-and-outs of running a Tim Hortons restaurant successfully.

~ The franchise fee of a Tim Hortons Franchise is 30000 euro and it is to be paid before the restaurant opens.

~ At the Tim Hortons Franchise, they look for individuals who share mutual commitment level, relevant skills, work ethics and dedication. Below is the list of a few qualifications they look for in an applicant such as:

~ The term period of the License Agreement of the Tim Hortons Franchise is generally 10 years. The franchise holders can renew for up to a further period of 10 years.

~ The answer to this question is really simple! It will definitely depend on how many units can an individual develop without incurring a loss. At the Tim Hortons Franchise, they are currently offering franchise opportunities for Area Developers and for individual franchise holders. They motivate their holders to first fully develop their operational abilities so that they are capable of owning multiple restaurants without facing any trouble.